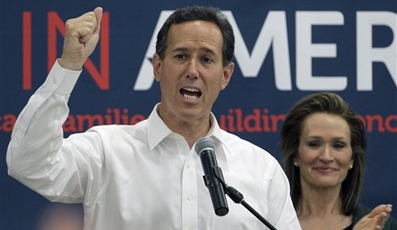 Rick Santorum swept to victory in the Kansas Republican presidential caucuses Saturday, marking his strongest caucus finish yet but still struggling to make a dent in Mitt Romney’s delegate lead.

With all precincts reporting, Santorum dominated the race with 51 percent support. Romney trailed with 21 percent, followed by Newt Gingrich with 14 percent. Ron Paul was in last place with 13 percent.

Of Kansas’ total haul of 40 delegates, Santorum picked up 33. He won another three in the latest round of voting out of Wyoming.

END_OF_DOCUMENT_TOKEN_TO_BE_REPLACED 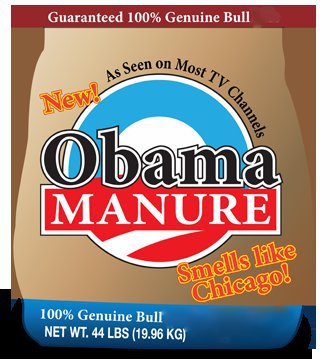 Obama’s EPA wants to to drive small, mid-sized family cattle ranchers out of business; this is a government assault on small ranchers and small businesses

The assault against American industry and individual livelihood continues — and no, it is not coming from Al-Qaeda or other foreign terrorists. A recent report from R-CALF USA, an advocacy group for American cattle producers, says the US Environmental Protection Agency (EPA) has declared harmless cattle hay a “pollutant,” which is part of the agency’s agenda to squelch family-scale cattle ranches in favor of corporately-owned, mega-sized feedlot operations.

At the recent 12th Annual R-CALF USA Convention in Rapid City, SD, an audience member asked Mike Callicrate, a Kansas cattle feeder, if the EPA had, indeed, declared hay a pollutant. His affirmative answer was startling to many, but not necessarily surprising in light of the US government’s apparent agenda to destroy every single producing sector in the nation and to reduce the country to a poverty-stricken, corporately-dominated wasteland.