Here we go again with Public Policy Polling. They did a poll for the League of Conservation Voters on the 2013 race for Governor in Virginia, and the electorate predicted by PPP is a strange one.

OK, sure. I had it wrong in 2012 in that I did not expect the base turnout advantage Barack Obama got, so what I thought would be a 7-10 point Romney win, was actually a four point Obama win. I was sure 2012 would be an economy-driven, swing-voter election. It wasn’t. Instead of talking about jobs, Virginia voters were talking about abortion. Republicans didn’t trust their candidate on abortion. Democrats trusted theirs. Democrats showed up (I live deep inside Arlington and let me tell you, the lines were long here in the heart of Jim Moran’s district).

Let’s compare this poll with other polling. According to CNN, in 2012 Virginia’s electorate was 53% female/47% male, 70% white/20% black, and a two party split of 55 D/45 R. But something very strange is happening according to PPP. Many black men will sit out in 2013. Just the men, and somehow an almost equal number of Republicans as Democrats. Or something like that.

END_OF_DOCUMENT_TOKEN_TO_BE_REPLACED 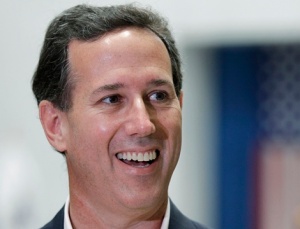 Mitt Romney is poised to suffer yet another blow in his march to the Republican presidential nomination this weekend in Louisiana, according new polls from Public Policy Polling and Rasmussen Reports.
A poll released Friday by Public Policy Polling shows Rick Santorum with a double-digit lead over Romney in Louisiana. Some 42 percent of the 650 likely Republican primary voters polled make Santorum their top choice. Mitt Romney is at 28 percent, with Newt Gingrich at 18 percent and Ron Paul at 8 percent.And the PPP poll has Santorum winning the support of voters who identify as “very conservative,” Tea Partiers, and evangelicals. Romney narrowly has the support, 37-33 percent, of voters living in urban areas. The PPP poll has a 3.8 percent margin of error.Another poll released Thursday by Rasmussen Reports gives Santorum a 12-percentage point lead over the former Massachusetts governor.The good news for Santorum came as the candidate tried to walk back comments on Thursday that President Obama might be a better choice than rival Romney. But if it’s not him, his campaign said Friday, Santorum will back whoever it is — and isn’t actually suggesting voters just stick with Obama.
END_OF_DOCUMENT_TOKEN_TO_BE_REPLACED