It’s time to put a cap on 2013. It’s a year that, for liberty’s sake, would have best been thrown into the crapper.

The U.S. system is a totalitarianism that has over the past year begun to lose even its veneer of benevolence. This is typical of governments, which naturally grow, increasingly centralize power and become more corrupt.

As countries have more and more centralized power (fascist state), the people have less and less freedom. Propaganda is intensified, vital information is withheld, and peoples’ expectations are manipulated. In reality this mind manipulation and control are nothing less than an assault upon the mental and physical body. It is all accepted gradually — so gradually that most of the people never become alerted to lost freedoms.

END_OF_DOCUMENT_TOKEN_TO_BE_REPLACED

It’s been 20 years since Maxine Waters coined (or at least popularized) the phrase “No Justice No Peace.”  The time was after the LA Riots in 1992 when the freshman Congresswoman from Los Angeles was defending looters as simply “women who wanted shoes for their children and bread.”  Of the violence that eventually claimed the lives of 53 people, Waters said: “The anger that you see expressed out there in Los Angeles, in my district this evening, is a righteous anger, and it’s difficult for me to say to the people, ‘Don’t be angry.’” She even went on use the threat of further violence around the country to try and extort action of some sort out of the White House. “Many other cities could go the way that Los Angeles went last night unless the president is willing to step in and take some strong action in terms of letting people know that he cares about this issue.”

The White House listened and indeed a new trial was brought about, double jeopardy be damned. This time two of the officers were convicted. Finally some justice! For those Constitutional sticklers out there… The argument was that double jeopardy didn’t really apply as the four were charged with civil rights violations the second time rather than assault and excessive force, so, no problem at all.

So now here we are, two decades later and again race and crime intersect to put American cities on edge. “Justice for Trayvon” has been the ubiquitous call for much of the last year. This is easily one of the most high profile – and consequently political – trials in decades. The original prosecutor declined to press charges, believing there was not sufficient evidence for conviction. Enter race pimps Al Sharpton and Jessie Jackson and judicial frivolity ensued.

END_OF_DOCUMENT_TOKEN_TO_BE_REPLACED

(AP-Photo) Jurors were shown a slew of evidence Tuesday in the murder trial of George Zimmerman, including the 9-mm. handgun used to fatally shoot Florida teen Trayvon Martin, as witnesses for the prosecution took the stand for a second day.

Diana Smith, a crime scene technician for the Sanford Police Department, testified Tuesday as prosecutors introduced photographs of the crime scene and evidence collected by the police.

Jurors were shown a can of Arizona Iced Tea and a bag of Skittles, the items Martin bought at a convenience store on the night he was killed.

The prosecution also introduced photographs taken of Zimmerman after the shooting that appeared to show him with a bloody nose, blood dripping behind his ear and lumps and a cut on the back of his head.

END_OF_DOCUMENT_TOKEN_TO_BE_REPLACED

The medical report from George Zimmerman’s family doctor after the Trayvon Martin shooting shows that Zimmerman’s nose was broken; he also had a pair of black eyes, two lacerations on the back of his head, a bruised upper lip, and a back injury. He was examined by the doctor the day after the shooting. The three-page medical report will likely be used as evidence for the defense.

Meanwhile, the Trayvon Martin autopsy shows that other than his gunshot wound, the only injury on Martin was that the skin on his knuckles was broken. Combined with the evidence from Zimmerman’s medical report, the logical conclusion is that Martin was beating up Zimmerman severely before Zimmerman shot him.

Zimmerman was eager to get back to work, and visited the doctor, according to ABC News, to “get legal clearance to return to work.” Zimmerman was not hospitalized the night of the shooting. As ABC News reports, “In addition to his physical injuries, Zimmerman complained of stress and ‘occasional nausea when thinking about the violence.’” The doctor made notes suggesting that it was “imperative” that Zimmerman visit a “psychologist for evaluation.”

END_OF_DOCUMENT_TOKEN_TO_BE_REPLACED 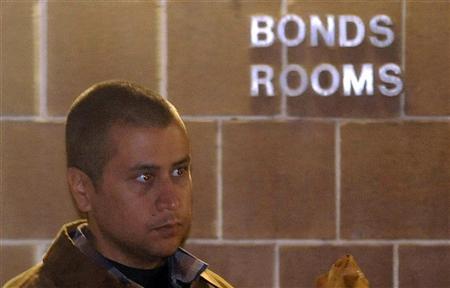 The first time the dog ran free and cornered Shellie in their gated community in Sanford, Florida, George called the owner to complain. The second time, Big Boi frightened his mother-in-law’s dog. Zimmerman called Seminole County Animal Services and bought pepper spray. The third time he saw the dog on the loose, he called again. An officer came to the house, county records show.

“Don’t use pepper spray,” he told the Zimmermans, according to a friend. “It’ll take two or three seconds to take effect, but a quarter second for the dog to jump you,” he said.

That November, the Zimmermans completed firearms training at a local lodge and received concealed-weapons gun permits. In early December, another source close to them told Reuters, the couple bought a pair of guns. George picked a Kel-Tec PF-9 9mm handgun, a popular, lightweight weapon.

END_OF_DOCUMENT_TOKEN_TO_BE_REPLACED

In a post at Just One Minute, Tom Maguire suggests that the NY Times took its finger off the scales of justice.

Either the NY Times needs to tear out the front page or they have just delivered an epic fail. In either case, they have delivered a tilt to the scales of justice.

In a long attempt to detail the night of the Trayvon Martin killing they include this description of the fatal scuffle:

However it started, witnesses described to the 911 dispatcher what resulted: the neighborhood watch coordinator, 5-foot-9 and 170 pounds, and the visitor, 6-foot-1 and 150, wrestling on the ground.

To my knowledge nobody anywhere has ever suggested that Zimmerman weighed 170 pounds [His friend did on March 27!]. I would say that the low bid I have seen is 220, although some people did remark that he looked smaller than they expected in the infamous ABC video taken the night he was brought in.