“The Iranians are on the march,” warned John McCain Sunday.

So alarmed is Speaker Boehner, he invited Bibi Netanyahu to come and challenge U.S. policy toward Iran from the same podium where the president delivered his State of the Union address.

END_OF_DOCUMENT_TOKEN_TO_BE_REPLACED 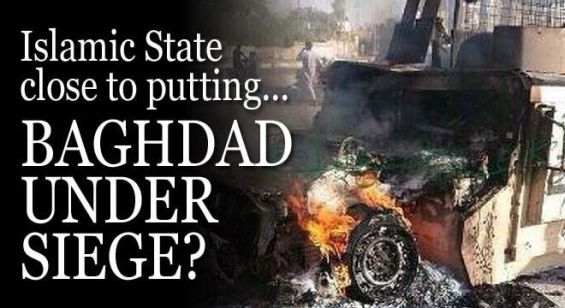 Waves of U.S.-led air strikes against Islamic State fighters appear to have done little to stem the terrorist army’s advance in Syria, and now the militants are close to overrunning key positions on the outskirts of Baghdad.

With the world’s eyes on the terrorist army’s siege of the Syrian border city of Kobani, where U.S.-led airstrikes are backing Kurdish fighters, some 500 miles southeast, Islamic State fighters are within eight miles of the Iraqi metropolis. The Islamic militants have reportedly infiltrated the Baghdad suburb of Abu Ghraib, not far from the runway perimeter of Baghdad’s international airport. The suburb is perhaps best known to the west as the site of an infamous prison operated by the U.S. military during the Iraq war.

END_OF_DOCUMENT_TOKEN_TO_BE_REPLACED

Sharp differences over abortion and birth control surfaced as President Barack Obama held his first meeting Thursday with Pope Francis, even as the president sought to emphasize common ground issues like economic inequality during a much-anticipated Vatican visit.

After Obama’s hour-long audience with the pope, the Vatican said discussions centered on questions of “particular relevance for the church in that country, such as the exercise of the rights to religious freedom, life and conscientious objection” — issues that have fueled divisions between Obama and Catholics in the U.S.

But the Vatican statement also said the leaders discussed immigration reform, touching on an issue where Obama has largely enjoyed the support of America’s many Hispanic Catholics.

END_OF_DOCUMENT_TOKEN_TO_BE_REPLACED

On Sept 12th, 2011, one day after the Benghazi attack that killed 4 Americans including our Ambassador, I wrote a post titled:

Libya Attack Caused By Homemade Movie On 9/11? Give Me A Break

Check it out but as you can tell from the title I didn’t buy the video excuse. I’m not trying to toot my own horn because almost no one bought that excuse. It was so incredibly unbelievable it boggled the mind how Obama and pals thought they could get away with it.

Now, as DrJohn wrote about yesterday, we learn that Obama was told within an hour of the attack that it was a terrorist attack upon on our consulate.

END_OF_DOCUMENT_TOKEN_TO_BE_REPLACED

Things aren’t exactly warming up between the Obama administration and Vladimir Putin, even as President Obama arrived in St. Petersburg for the G-20 summit.

The question may be al-Qaeda’s influence on the Syrian rebels, an issue Kerry has downplayed.

Speaking to his human rights council Wednesday, Putin said, “This was very unpleasant and surprising for me. We talk to them (the Americans), and we assume they are decent people, but he is lying and he knows that he is lying. This is sad.”

END_OF_DOCUMENT_TOKEN_TO_BE_REPLACED 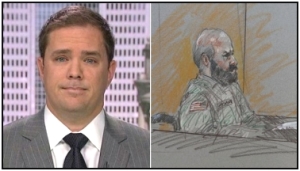 The trial of the Fort Hood gunman, who is acting as his own attorney, took a surreal turn as the former Army psychiatrist accused of killing 13 in the November 2009 attack grilled witnesses — including his former boss in the military and a fellow Muslim who spoke to him the day of the shooting..

After a short opening statement in which ex-Army Maj. Nidal Hasan called himself a “mujahedeen,” admitted to the rampage and said “the dead bodies will show that war is an ugly thing,” Hassan cross-examined prosecution witnesses, including retired Lt. Col Ben Kirk Phillips, his former boss. When pressed by the defendant, Phillips acknowledged that his officer evaluation report had graded Hasan as “outstanding.”

Hasan also cross-examined Pat Sonti, who met Hasan at the Killeen Islamic Center in Fort Hood the morning of the shooting. Sonti said Hasan took the microphone at the mosque and called for prayer.

“After call to prayer, he bid goodbye and told the congregation he was going home,” Sonti said. “I found that odd.”

END_OF_DOCUMENT_TOKEN_TO_BE_REPLACED

A congressional select committee could offer immunity to the CIA’s dispersed, intimidated survivors. 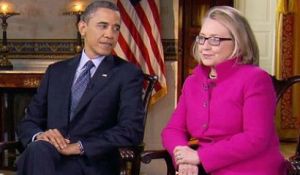 You can always tell the depth of an event’s illegality by the measures people take to cover it up. By that measure, the conduct of President Obama, Hillary Clinton, and David Petraeus leading up to the terrorist attack that killed four Americans on 9/11 2012 must be must be so sufficiently wrongful that, if revealed, they could lead to the president’s impeachment.

How else can we gauge what is apparently the most energetic coverup in modern history?  We know, from several sources, that the survivors of the attack — not on the consulate, but on the CIA annex — number a few dozen or more. We also know from those sources that almost all of their names have been concealed from Congress in the course of the coverup.

END_OF_DOCUMENT_TOKEN_TO_BE_REPLACED

Egypt’s top military commander announced Wednesday President Mohammed Morsi had been ousted and replaced by the chief justice of the constitutional court as the interim head of state.

In addition, Gen. Abdel-Fattah el-Sissi said the country’s constitution has been temporarily suspended and new elections would be held.

END_OF_DOCUMENT_TOKEN_TO_BE_REPLACED

TEL AVIV – The Syrian government already has received a first shipment of S-300 air defense missiles from Russia and is waiting for more, stated President Bashar al-Assad in a television interview today.

Assad told Hezbollah’s Al-Manar television station that Syria “has got the first batch of Russian S-300 missiles” and “the rest of the shipment will arrive soon.”

Israeli security sources said two weeks ago there was no information to support the Arab claim.

END_OF_DOCUMENT_TOKEN_TO_BE_REPLACED

Pakistani Christians protest against the country’s blasphemy laws and violence targeting their minority community. An independent U.S. watchdog has urged the executive branch every year since 2002 to designate Pakistan as a “country of particular concern” over religious freedom violations. (AP Photo)

(CNSNews.com) – As the State Department prepares to release its annual report on international religious freedom Monday, a key issue for many Americans concerned about religious persecution is whether it will blacklist a handful of particularly egregious violators – or, as in previous years, ignore the recommendations of the U.S. Commission on International Religious Freedom.

The question is especially sensitive in the case of countries where the plight of minority Christians has worsened, even as their governments benefit significantly at the cost of U.S. taxpayers.

Among the religious freedom violators are four of the top ten recipients of U.S. foreign aid in fiscal year 2013 – Egypt, Pakistan, Iraq and Nigeria. Another is Vietnam, whose communist government has seen its diplomatic and economic ties with the U.S. improve dramatically over the past seven years.

On Monday, Secretary of State John Kerry will release the administration’s report on the state of religious freedom around the world in 2012, a requirement under the International Religious Freedom Act (IRFA), which sought to enhance the importance of religious freedom in the pursuit of U.S. foreign policy.

The primary tool available to the executive branch under the 1998 legislation is the designation of “countries of particular concern” (CPCs) – those whose authorities either commit or are judged to tolerate violations of religious freedom. CPCs are subject to U.S. sanctions or other measures designed to prod governments to improve.

But a handful of other countries deserve to be on the list too, in the view of the U.S. Commission on International Religious Freedom (USCIRF), an independent body established under the IRFA, comprising unpaid commissioners appointed by congressional leaders and the administration.

When it released its own yearly report three weeks ago, the USCIRF pressed for Egypt, Iraq, Nigeria, Pakistan, Tajikistan, Turkmenistan, and Vietnam to be designated CPCs.

In some of those cases, the recommendation has been disregarded for years.

Pakistan, home to some of the world’s most notorious blasphemy laws, has evaded CPC status despite USCIRF recommendation every year since 2002, as have Turkmenistan since 2000, Egypt since 2011, Nigeria since 2009, and Tajikistan since last year.

The other two, Iraq and Vietnam, were both previous designated CPCs. The Bush administration removed Iraq in 2004, following the fall of Saddam Hussein regime; and Vietnam in 2006, citing improvements as a result of active lobbying of the communist authorities in Hanoi.

Each year since 2008 the USCIRF has recommended that Iraq be returned to the CPC list. In the case of Vietnam, the commission never agreed with its delisting, and has recommended its return every year since, also to no avail.

Those diplomatic efforts did not appear to have had any effect, however: The report also noted that Hanoi “did not demonstrate a trend toward either improvement or deterioration in respect for and protection of the right to religious freedom.”

A Government Accountability Office (GAO) report earlier this year examining compliance with the IRFA noted tensions between the USCIRF and State Department as each has sought to do its respective job.

The report prompted USCIRF chair Katrina Lantos Swett to underline in a letter to the GAO that the commission’s “mandate is neither to conduct diplomacy nor balance religious freedom against other U.S. national interests.”

Swett said the USCIRF recognized that its role “sometimes poses a challenge for the State Department” – but also noted that “at times, our findings draw the ire of offending governments that would prefer their shortcomings remain hidden.”