The Time story is quite damaging indeed.

He won re-election as a Republican governor by almost 60 percent of the vote. He loved to talk about what he called the “Teamwork Government” he had brought to his state capital — especially when it came to contrasting what he and his tight-knit band of advisers deemed as the wild success and popularity of his Teamwork Government with the chaos of Washington.

He boldly went where other Republicans would not go, winning an unprecedented pledge of neutrality from the deeply liberal labor movement. Stunningly, of the 24 members of the American Federation of Labor’s endorsement board, 22 wanted to enthusiastically endorse him, the union finally declining out of respect for the remaining 2 members who favored his Democratic opponent.

END_OF_DOCUMENT_TOKEN_TO_BE_REPLACED 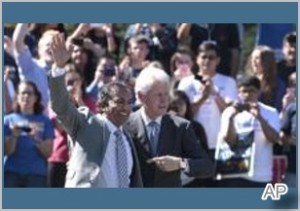 Rep. Ami Bera (D.-Calif.), who is a medical doctor, also expressed his belief that the NIH should be funded in the interest of saving lives.

(CNSNews.com) – Twenty-five House Democrats broke ranks with their party leadership last night to join with House Republicans in a 254-171 vote to pass a bill funding the National Institutes of Health through fiscal 2014.

Many Democratic members had joined with Republicans in saying the bill was necessary to make sure that NIH cancer trials and clinical trials for other ailments—seeking to cure patients whose diseases had not responded to other treatments–went forward.

END_OF_DOCUMENT_TOKEN_TO_BE_REPLACED 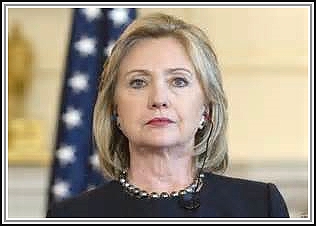 Until now, Hillary Clinton has remained mighty quiet on Syria.  As Secretary of State, she described Bashar al-Assad as a “reformer,” but now her successor has begun comparing Assad to Adolf Hitler.  That silence will apparently end today, if Politico’s sources within Hillary’s camp are accurate:

Hillary Clinton will make her first public remarks about Syria on Monday when she makes a visit to the White House for an unrelated event, a Clinton aide told POLITICO.

The comments, the first since an unidentified aide said last week that the former Secretary of State supports President Obama in going before Congress to get support for a limited strike against Syria, will come after she meets privately with Obama at the White House, the aide said.

She will then appear at an event related to wildlife preservation at the White House, an event where her daughter, Chelsea, is part of the program. Clinton is expected to address Syria at the beginning of the event, in fairly brief remarks, the aide said.

She’s expected to make longer remarks generally, but to stick with her Monday comments on Syria, the following evening, when she gives a speech at the National Constitution Center in Philadelphia, where former Florida Gov. Jeb Bush will be honoring her.

Her speech, however, is not expected to be a dissertation on Syria. Nor will it be so about the NSA, which had been expected to be the original topic. The speech is likely to be a mixture of themes.

END_OF_DOCUMENT_TOKEN_TO_BE_REPLACED

Sarah Palin has kissed and made up with FOX News Channel.

The former Alaska governor and vice presidential candidate has re-joined the channel as a contributor, after famously parting ways with the network in January.

Palin will appear on the network’s daytime and primetime programming, beginning with an appearance on Monday’s “FOX & Friends.” She will also contribute to FOX Business Network.

FOX News Channel chairman and CEO Roger Ailes said that Palin came back aboard after “several conversations” between the pair, adding, “I hope she continues to speak her mind.”

“I’ve had several conversations with Governor Palin in the past few weeks about her rejoining FOX News as a contributor,” Ailes said. “I have great confidence in her and am pleased that she will once again add her commentary to our programming. I hope she continues to speak her mind.”

Palin, whose original run as a FOX News contributor lasted from January 2010 to January 2013, called her once-again workplace an “indispensable” news outlet with “unparalleled” power.

END_OF_DOCUMENT_TOKEN_TO_BE_REPLACED

This story begins as I was discussing chemtrails and contrails with a friend.  The “chemtrail” stories have, generally, not surfaced in the national mainstream media news, yet.  Yes, there are some markets that have run their stories on the lasting impressions of these sky phenomenon.  Some news outlets have had  discussions with qualified meteorologists, geologists, and former military experts.

The difference between “contrails” and “chemtrails” is very different.  Contrails refer to gasses and condensation that is expelled from an aircraft jet, or other, engine.  Chemtrails refer to aircraft spreading specific gasses, particles, or substances that are being deliberately spread over the atmosphere in certain areas to accomplish a scientific experiment. This difference between the two is that contrails evaporate and and quickly dissipate.  Chemtrails, on the other hand, are said to linger for hours or days over the sky leaving (sometimes) a hazy-white fog in the midsts of what would otherwise be blue sky.

Geoengineering for the good of the planet (i. e. cloud seeding for rain, specific attempts to control certain rays from the sun through reflective means, or other non-lethal means) is said to be a science to accomplish certain specific experiments or tests to help our society in specific ways. There are scientists doing research for the good of our planet.  Yet, there are skeptics that believe it is a government attempt at reducing our population.

Nevertheless, how do we know the “intent” of government or scientific research if we are not made aware of it?  There are some conspiracy theorists that have successfully launched investigative work towards finding the truth about this phenomenon.

END_OF_DOCUMENT_TOKEN_TO_BE_REPLACED 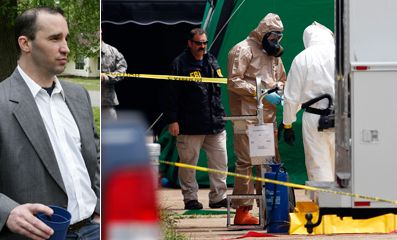 A Mississippi man has been arrested by federal agents in connection with the ricin-laced letters sent to President Obama and two other public officials, Fox News confirmed Saturday morning.

The suspect Everett Dutschke, 41, is a martial arts instructor. He was taken into custody by U.S. marshals at his home in Tupelo, Miss. Federal investigators dropped charges Tuesday against their first major suspect, Elvis impersonator Paul Kevin Curtis.

Dutschke was arrested without incident by the FBI at about 12:50 a.m. Saturday, and handed over to the U.S. Marshals Service. His home and business were previously searched as part of an investigation into ricin-laced letters allegedly sent to President Obama, Sen. Roger Wicker, R-Miss., and a judge.

END_OF_DOCUMENT_TOKEN_TO_BE_REPLACED

The Boston Marathon bombing suspects made an impromptu decision to drive to New York City and detonate their remaining explosives in Times Square, New York City officials said on Thursday.

“Last night, we were informed by the FBI that the surviving attacker revealed that New York City was next on their list of targets,” Mayor Michael Bloomberg said at an afternoon news conference.

Bloomberg was referring to Dzhokhar Tsarnaev, 19, who was captured on Friday in suburban Watertown, Mass., after an intense manhunt by authorities. His brother, Tamerlan, 26, was killed in a fierce overnight shootout with police earlier on Friday.

END_OF_DOCUMENT_TOKEN_TO_BE_REPLACED

An anonymous hacker only going by the name “Guccifer” has supposedly gotten into an associate of Hillary Clinton’s email account and has distributed confidential emails dealing with a range of issues in Libya including the Benghazi terrorist attack that killed 4 Americans including Ambassador Christopher Stevens. Although the hacker has distributed stolen memos to politicians and journalists, so far no one has published any of their contents.

The hacker apparently broke into former White House aide, Sidney Blumenthal’s email account and sent four recent memos to congressional aides, politicians and journalists across all over the world. One memo which was sent to Clinton was sent the day after the attack on on consulate in Benghazi on September 12, 2012 and was labeled “Confidential.”

Unfortunately we don’t have access to those emails and no one who has received them yet has been brave enough to come forward and discuss or print them so the world can see their contents.

END_OF_DOCUMENT_TOKEN_TO_BE_REPLACED 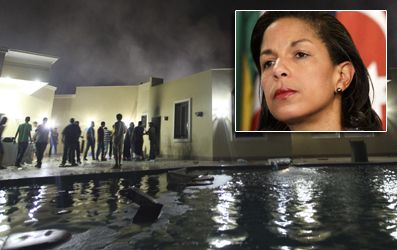 US Ambassador to the UN Susan Rice blames talking points from intelligence community as source of controversial account of Libya attacks, as lawmakers continue to press White House for a clearer explanation; and, in her first public comments on Libya since her controversial account days after the attack, blamed intelligence community talking points for the faulty narrative.

The light-on-details explanation Monday came as Secretary of State Hillary Clinton took responsibility for any security failures leading up to the consulate attack last month.

But with the accounts coming as both presidential candidates head into a debate Tuesday night that will focus in part on foreign policy, neither appeared to settle mounting questions on the Hill about how the administration got the story so wrong.

Rice did not offer many details on the nature of the intelligence updates or whether they reflected a more nuanced version of events than the one she told the Sunday after the attack. In those interviews, Rice repeatedly claimed the deadly assault was a “spontaneous” reaction to protests over an anti-Islam film.

The administration later acknowledged it was a coordinated terror attack on the anniversary of 9/11.

END_OF_DOCUMENT_TOKEN_TO_BE_REPLACED 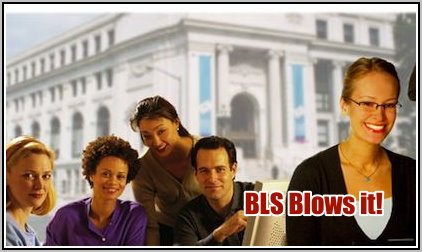 What’s with the Household Survey’s miraculous spurt of 873,000 new jobs?

Who needs the Bureau of Labor Statistics (BLS), when you have Rush Limbaugh? Limbaugh predicted almost a year ago that the unemployment rate reported last Friday would fall below 8% for the first time since Obama entered office. Limbaugh by his own admission is no economist. So how did he know? Maybe because we are in the realm of politics now, rather than economics.

How Stupid Do They Think We Are?

The BLS reported last Friday that the economy in September created all of 114,000 net new jobs, just 104,000 in the private sector. To give you some context for how great that is, the working age population increased by 206,000 in September. With a labor force participation rate normal for the fourth year of a recovery (where we are right now), just keeping pace with that population growth would require 138,000 new jobs, before we can even start to reduce the unemployment rate.